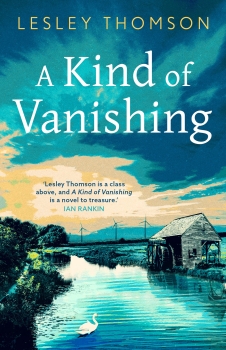 A spellbinding mystery of obsession and guilt, A Kind of Vanishing is the poignant story of what happens to those left behind when a child vanishes without trace.

THERE IS NO ESCAPING THE PAST

Summer, 1968. While playing in the ruins of a deserted village, nine-year-old Alice Howard goes missing. The only person who could have seen what happened was Eleanor Ramsey, the young girl who was with Alice when she disappeared.

But the children were not playing nicely. Having discovered a family secret about her new friend, Alice had begun taunting Eleanor. Soon after, Alice vanished – along with the chance of this secret getting out…

Now. The families were never the same after the disappearance, but both have been linked together by tragedy. So when Eleanor’s teenage daughter, Chris, becomes suspicious of her mother’s past, she turns detective, opening up shocking truths for the Ramsay family and all who knew the missing girl.

The Winter Killer by Alex Pine