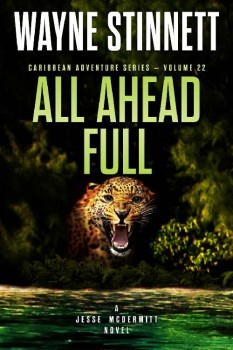 Jesse McDermitt discovers an environmental nightmare of deception and greed taking place in Central America. A cartel is branching into smuggling things other than drugs. And they’re doing it quite effectively.

The Honduran rain forests and its inhabitants are at peril. The cartel needs hidden places to grow coca, used in the manufacture of cocaine. The exotic and endangered hardwood trees are cut and sold on the black market, along with any creature found dwelling deep in the humid jungle.

Environmental activists in the area who try to intercede are swiftly dealt with in the manner the cartel deals with anyone who stands between them and the almighty dollar—with a sharp machete.

Having so many moving parts and numerous smuggling routes, can Jesse and the crew of Ambrosia, on a dive vacation in the Bay Islands of Honduras, be able to make a difference? Or will the beautiful reef surrounding the island of Utila be Ambrosia’s grave?

The Tattoo Murder by Bob Brill

The Liar’s Daughter by Rona Halsall