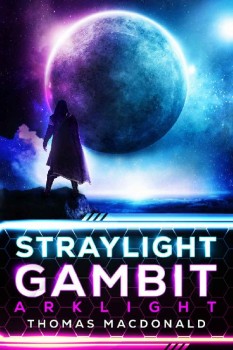 The periculis res, one of the most mysterious barriers known to man, stands between the Straylight Gambit and its crew and their journey to find the Ark, a legendary forerunner ship that isolated itself from the rest of the galaxy.
Join Jason’s team as they pierce the impassible barrier with the only ship in the known regions capable of passing through the periculis res. On the other side of the shroud, they will be put to the test as they unravel the legacy of the Ark.

Searching for clues, the crew will be faced with insurmountable odds that will require all the cunning and brilliance that they can muster. With no known friendly systems nearby, the team will be put on the brink where one wrong move could mean slow death.

Will they find the Ark, or has the trail gone cold after decades of being gone? Enlist with the crew of the Straylight Gambit as they venture into the unknown!

Nightfall and Other Stories by Isaac Asimov