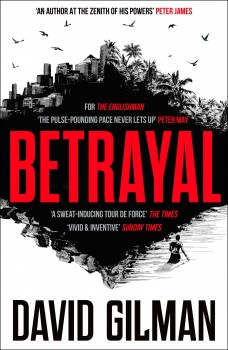 Someone’s trying to start a war. And Raglan’s just walked into the kill zone.

It has been many years since Dan Raglan served in the French Foreign Legion, but the bonds forged in adversity are unbreakable and when one of his comrades calls for help, Raglan is duty-bound to answer.

An ex-legionnaire, now an intelligence officer at the Pentagon, disappears. He leaves only this message: should he ever go missing, contact Raglan. But Raglan’s not the only one looking for the missing man. From the backstreets of Marseilles, Raglan finds himself following a trail of death that will lead him to Florida, to the camaraderie of a Vietnam vet in Washington D.C., and into the heart of a bitter battle in the upper echelons of the US intelligence community.

Pursued by both the CIA and a rogue female FBI agent, Raglan’s search will place him in the cross hairs of an altogether more lethal organisation. Tracking his old comrade, he finds himself in the midst of deadly conspiracy, and on a journey to a fatal confrontation deep in the Honduran rainforest.