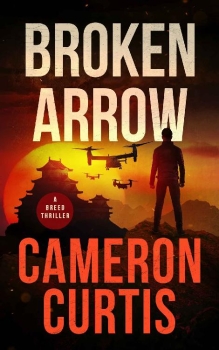 A murdered scientist. A stolen nuke. The world on a razor’s edge.
Breed and the CIA’s Anya Stein receive word of a theft from the Laurence Livermore National Laboratory. A killer has murdered a nuclear scientist and stolen the trigger for an atomic bomb. The murder weapon is a wakizashi, a Japanese sword.

What follows is a deadly chase that takes Breed from Stanford to Tokyo where he pursues the killer from the luxurious towers of Otemachi to the seedy back streets of Kabuki-cho. Every step of the way, he faces deadly Yakuza and a shadowy extremist sect.

Breed finally tracks the assassin to a mysterious castle on a lonely, storm-swept coast. There, Breed and Stein uncover a seventy-five year old secret. And a plot to tilt the balance of power in Asia… and start World War III.

Taken Before Dawn by B.R. Spangler

Jane and the Year Without a Summer by Stephanie Barron

A Deadly Affair by Agatha Christie