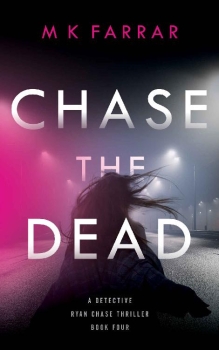 When a teenage girl is found dead near Clifton Suspension Bridge, it’s up to DI Ryan Chase and his team to figure out what’s happened.
A post mortem quickly reveals that the girl’s death is no accident. Who would have wanted the teenager dead?

As Ryan digs into the victim’s life, and that of those surrounding her, he finds himself in the murky world of the dark web. But his intuition tells him there’s more to the case.
Does the killer have his eye on another victim?
Will Ryan catch them before they can strike again?

With the Eyes of a Killer by BJ Wingate

The Hospital by Ashley Beegan