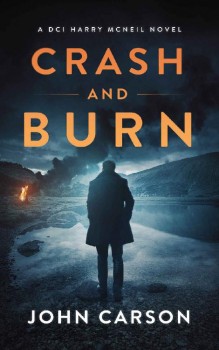 They gave him a watery grave. They made a mistake.
On sabbatical from the force after a personal loss, DCI Harry McNeil spends his days renovating an old cottage he bought, and his nights down at the local bar. He’s living in a small town where nothing much happens. Until it does.
Harry meets a young woman who is searching for her brother who went missing in the area two years ago. He is special needs and she’s convinced he wouldn’t just run off.

Meanwhile, over a hundred miles away, a body is pulled from Loch Lomond, badly decomposed. In his pocket is the name of the missing man. How did they know each other?
When the corpse is identified, it throws the missing man’s case in a new light. Not only did the dead man have some very dangerous friends, it seems the missing man knew them too.
Harry gets embroiled in the search and before long, his own life is put in danger.
A killer is on the loose and now he’s back in the town where Harry thought he was going to get peace, but he’s going to get much more than that…

Whatever It Takes by Heaton Wilson

The Deadline Clock by Jeffery Deaver