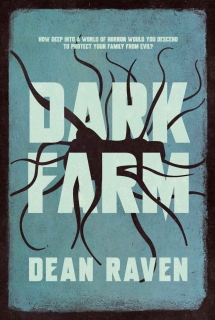 Wizards, gods, monsters, reanimated dead things … and this is just the beginning.. A family of campers has been slaughtered and Sam Morgan from the government’s National Security Office is scouring the Six Hills for the killers.

In nearby Quorn, trainee fire officer Kane Gates struggles to come to terms with his own family tragedy. And now he has to battle the sinister sorcerer Wilfred Waite, who is bent on corrupting his brother and unleashing hell on earth. When the headstrong Arika Livingston appears in Quorn to investigate reports of a dragon attack, Kane finds himself with a valuable ally.

But what is Arika’s real agenda? And what is her connection to Sam Morgan and the Dark farm? The horrors lurking beneath the Dark farm will bring the feuding brothers together and begin a chain of events that will threaten not only Dylan, not only our planet, but existence itself. How deep into a world of horror will Kane descend to protect his family from evil?

The Extinction Trials by A.G. Riddle

When the Ashes Fall by Emmie Johnson