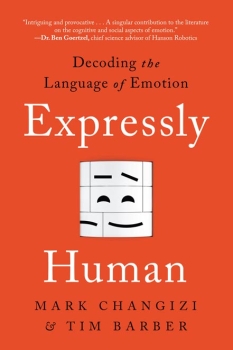 But what if this is backwards? What if those emotional overtones are the main messages we’re sending to one another, and all that logical language is just window dressing?
Over billions of years of evolution, animals have become increasingly sophisticated and increasingly sentient. In the process, they evolved emotions, which helped improve their odds of survival in complex situations.
These emotions were, at first, purely internal. But at some point, social animals began expressing their emotions, in increasingly dramatic ways. These emotional expressions could accurately reflect internal emotions (smiling to express happiness)—or they could be quite different (smiling to cover up that you’re actually furious, but can’t tell your boss that).

Why did once-stone-faced animals evolve to be so emotionally expressive—to be us?
The answer, as evolutionary neurobiologist Mark Changizi and mathematician Tim Barber reveal, is that emotional expressions are our first and most important language—one that allows us, as social animals, to engage in highly sophisticated communications and negotiations.
Expressly Human introduces an original theory that explains, from first principles, how the broad range of emotional expressions evolved, and provides a Rosetta Stone for human communication. It will revolutionize the way you see every social interaction, from deciding who gets the last slice of pizza to multimillion-dollar business negotiations, and change your definition of what makes us human. 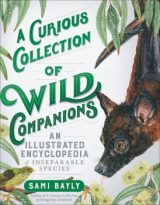 A Curious Collection of Wild Companions by Sami Bayly 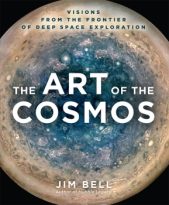 The Art of the Cosmos by Jim Bell

The Joy of Science by Jim Al-Khalili