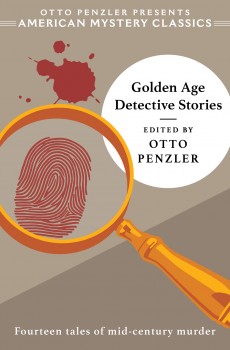 The greatest detectives of the Golden Age investigate the most puzzling crimes of the era.

Sometimes, the police aren’t the best suited to solve a crime. Depending on the case, you may find that a retired magician, a schoolteacher, a Broadway producer, or a nun have the necessary skills to suss out a killer. Or, in other cases, a blind veteran, or a publisher, or a hard-drinking attorney, or a mostly-sober attorney… or, indeed, any sort of detective you could think of might be able to best the professionals when it comes to comprehending strange and puzzling murders.

At least, that’s what the authors from the Golden Age of American mystery fiction would have you think. For decades in the middle of the twentieth century, the country’s best-selling authors produced delightful tales in which all types of eccentrics used rarified knowledge to interpret confounding clues. And for even longer, in the decades that have followed, these characters have continued to entertain new audiences with every new generation that discovers them.

Edgar Award-winning anthologist Otto Penzler selects some of the greatest American short stories from era. With authors including Ellery Queen, Mary Roberts Rinehart, Cornell Woolrich, Erle Stanley Gardner, and Anthony Boucher, this collection is a treat for those who know and love this celebrated period in literary history, and a great introduction to its best writers for the uninitiated.

Includes discussion guide questions for use in book clubs.

Includes:
The Enemy
The Stripper
Postiche
The Case of the Crimson Kiss
The Enchanted Garden
5-4=Murderer
There’s Death for Remembrance
The Monkey Murder
The Adventure of the African Traveler
Puzzle for Poppy
From Another World
Good-bye, Good-bye!
Locked Doors
The Mystery in Room 913

The Final Mile by Robert Enright

One Gone More Before Long by Kaylie Hunter

Murder at the National Gallery by Jim Eldridge