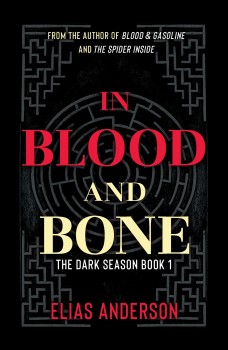 Fans of Stephen King and Dean Koontz thrillers won’t want to miss this gripping tale of survival in the face of overwhelming supernatural forces.

AJ Lancaster felt a connection to Clover the moment she walked into his convenience store. The moment is broken when a crazed man stumbles in and demands to know AJ’s name. The attack that follows is startling, and AJ and Clover barely survive. At least AJ gets Clover’s phone number before they part ways. He doesn’t realize the attack at the convenience store was just the start of something terrible that has entered his life.

Each new attack on AJ seems completely random. None of his attackers seem to have known each other or have anything in common, except for one thing: every one of them were dead before they attacked AJ. The medical examiner can’t explain how this is possible, and the police aren’t much help either. It’s a matter of time before one of these undead killers gets AJ or Clover.

AJ is at a loss for how to protect either of them until a man calling himself Logan breaks into Clover’s apartment and tells them to find an ancient book that belonged to AJ’s father. The answers they need are within its pages. Without it, there’s no chance of stopping what comes next. The dark season is coming.