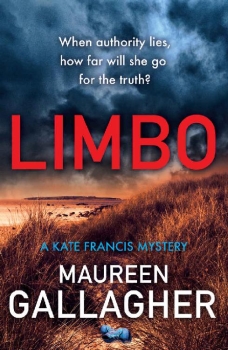 A baby boy is found beaten to death, in the sand dunes in Gweedore, in the summer of 1989. The murder weapon is a ball-peen hammer.

Sarah Joyce, recently heavily pregnant and with no baby to show, becomes the prime suspect and is arrested.
Working in a male-dominated workplace in nineteen-eighties Ireland has its problems for Detective Kate Francis a.k.a. Frankie. From the outset, she encounters the hostility of the local sergeant, the curmudgeon Liam Patsy Brannigan. Her boyfriend, fed up with her long working hours, keeps breaking up with her. Her married boss, Anton Moran, hits on her.

Frankie – conscious of the ticking clock – longs for a child.
Lines of enquiry lead Frankie to Umfin Island, where she encounters the strange rituals of the followers of Brigid, the Goddess of Fertility.
The investigation leads her to bomb-planting on the border and across the border into Derry, where she finds herself operating under the watchful eyes of both the IRA and the British army.
The crashing waves, the wild rugged landscape and Errigal Mountain all form a background to Frankie’s relentless search for the killer of the Strand Baby.

A Girl Made of Air by Nydia Hetherington

Out Of His Depth by Steven Lea