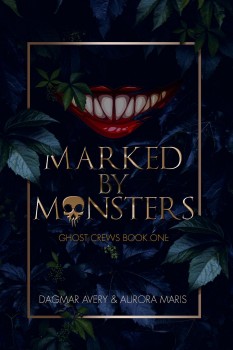 Three men Sybelle Strange never expected to see after they left her for their transition. In the three years they had been gone, she never once thought they would return, especially not after they had gone missing.

And she didn’t expect them to show up turned into nightmares.
But there is a price on her head, and the three of them are the only thing that stands in the way of the Monstera King of the East Coast getting his hands on her, and they take their job very seriously.
Because she was theirs, once upon a time.
And they have come home to collect what was promised.

With teeth, tentacles and claws.

Along the Saltwise Sea by A. Deborah Baker

Curse of the Orcs by Jonathan Moeller