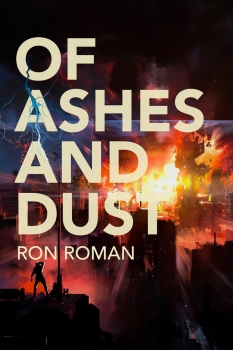 At the time of the Millennium three people struggle for survival in a small New Hampshire town as the world spins into chaos, not realizing that each harbors secrets that will eventually pit them against one another. The story evolves from the U.S. Government’s earlier two classified secret projects during the Vietnam War (the USAF’s revelation about UFOs and Project Sixty-Seven).

Striving to survive a global Armageddon with his Japanese teaching assistant paramour, Professor Will Watson–tortured Vietnam War hero and New Hampshire Liberty Militia activist hounded by the State Police and FBI–struggles to surmount haunting Vietnam War ghosts and the impending collapse of a nation, a world, caving in on them. Watson must face the truth about his “friendship” with closet homosexual and militia comrade, Mark Mercotti, who, while in the military himself, surreptitiously had Watson placed in a Top-Secret Vietnam War project: Project Sixty-Seven. Both Watson and Mercotti struggle to adjust to civilian life. When Watson finally thinks he is settling down, he discovers something beyond his wildest fantasies: While Watson was in the Army, Mercotti had the U.S. Government secretly inject an implant inside his head to monitor him. When he finds out how and why, it forces him to question his own sanity.But Mercotti is not the friend he pretends to be.

Not all his conspiracies are theories; some are facts. The U.S. Government appears to be collapsing, yet events are also being monitored by extraterrestrial forces. Watson isn’t a mild-mannered professor; he’s a secret vigilante killer. His paramour, Kimiko Tanimoto, is pregnant with his child but knows little of his true nature.

You Must Remember This by Kat Rosenfield

The Lawyer’s Truth by J.J. Miller

The Oxford Brotherhood by Guillermo Martinez