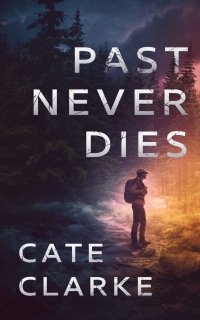 When ex-navy SEAL Diana Weick loses her daughter in the woods on a hike, she can’t focus on anything else. She becomes obsessed with finding Kennedy before it’s too late. Diana is the only woman to ever make it through SEAL training, and she made her fair share of enemies throughout her time serving. But she left it all behind to raise her two kids. Until it comes to light that it’s her enemies of the past behind her daughter’s disappearance.

Russian terrorist, Taras Kushkin, plots his revenge against Diana for killing his father more than a decade ago, using every resource available to him to get Kennedy to his manor on the coast of the Black Sea.

Diana seems to always be one step behind Kushkin as she races across the country to save her daughter. Her previous commissioned officer and former one-night-stand, Dominic Ratanake, convinces her to re-enlist into the SEALs so she can access the resources to get her daughter back. But no matter how many resources and how many international borders Diana Weick crosses, she is still plagued down by the memories of her military past and reputation, and she’ll have to figure out a way to work through them and become obsessive again if she wants to save her daughter from the hands of Taras Kushkin.

A Dream of Duplicity by A.M. Gautam