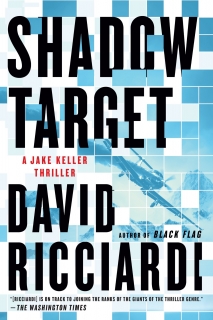 Someone is assassinating CIA field officers and Jake Keller’s name is next on the list in the latest thrilling novel from the author Publishers Weekly calls “a fresh voice in the crowded spy thriller field.”

When his small plane crashes in the Alps, Jake is the only survivor. A rescue helicopter soon arrives, but the men inside are not there to save anyone. They are determined to complete the murderous job they started.

Jake escapes from the mountainside deathtrap, but it won’t be the only attempt on his life. If he’s to have any chance at surviving, he’ll have to find out who’s behind the killings. But the circle of people Jake can trust is distressingly small as he suspects that someone inside the Agency is feeding his every move to the very people who are trying to end his life.

Jake’s quest takes him to the candle-lit cathedrals of Paris and the rain-slicked streets of London. He makes contact with old friends and new enemies along the way—but his true nemesis may be closer than he imagines.

The Dazzle of the Light by Georgina Clarke

The Island of Lost Girls by Alex Marwood