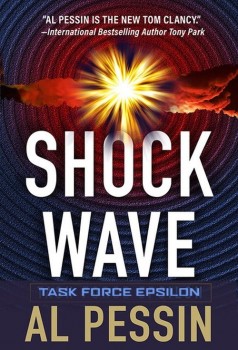 A MISSION TO AVERT WAR

Vital seaports in Jordan and Israel erupt in fire and destruction. It’s the first strike from a terrorist organization determined to increase hostilities throughout the Middle East. There’s only one way to combat the threat. It’s time for Operation Shock Wave . . .

Saddiq Mohammed al-Assali is America’s most wanted terrorist. His cells in Israeli and the Palestinian territories are ready and eager to usher in a maelstrom of violence between the two nations. Each will blame the other. Iran will be implicated. And the United States will be drawn into yet another Middle Eastern war.

To stop al-Assali, the Defense Intelligence Agency’s Bridget Davenport assigns Lieutenant Faraz Abdallah to infiltrate the terrorist’s cabal. But as Faraz uncovers and sabotages al-Assali’s plans one by one, Bridget herself becomes the target—and Faraz must take decisive action in a deadly game of international deceit . . .

The Butterfly Assassin by Finn Longman

The Mystery of the Sorrowful Maiden by Kate Saunders