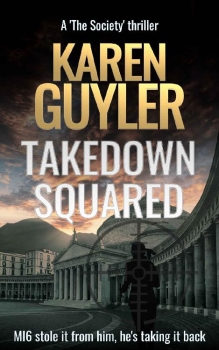 MI6 stole it from him, he’s taking it back
Italy: sunshine, beautiful buildings, gelato. Somewhere ‘normal’ for agents Eva Janssen and Luke Fox after their last mission in Afghanistan and a simple one this time. But the target is a lawyer for the Mafia, so simple is the first casualty. Reeling from how it all went wrong, Eva and Luke return to London where the impossible is true, The Society is under attack.

But it’s worse than that.
He’s back, the Shadow Man. More anonymous than The Society’s true mission, a deadlier assassin than any of them, he has more than vengeance on his mind. And from the dangerous shadows where he operates, he can reach all of them and everyone they’ve ever cared about.
But no one can touch him.

Hands Down by Felix Francis

The Institute by Jakub Żulczyk