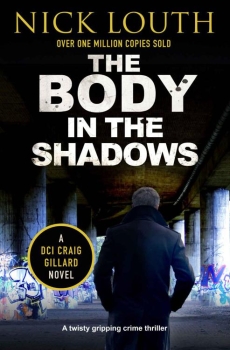 For DCI Gillard, sometimes old sins cast long shadows . . .
Under a motorway flyover lies the body of a young man.
Days earlier, he had been involved in an altercation with DCI Craig Gillard’s pregnant partner Sam.
Now he’s dead . . .
Meanwhile, something is brewing in the criminal underworld.
Whispers of a big job have reached the Met’s Flying Squad.
Something is going to be stolen, and soon.

Something worth £500m.
But what?
And where?
And how does it relate to the body under the overpass?
It should be a simple case – stop the burglary, crack the gang, find the murderer – but for Gillard, once again it’s personal.

Fast-paced and utterly unputdownable, the next instalment of the DCI Gillard series is perfect for fans of Robert Bryndza, Stuart MacBride and Faith Martin.

Last Ride in the Bumblebee Jacket by Spencer Kope

The Shop on Royal Street by Karen White

Life of Cyn by Caitlin Avery