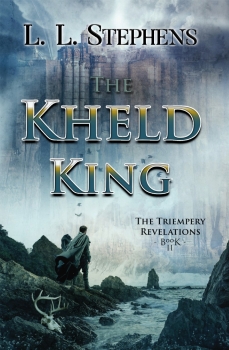 The King is dead. Long live the Kheld King.

The Triempery lies crippled, its godborn princes slaughtered by treachery, its ruling houses desperate to maintain their monopoly of the god-machine Entities.

In the aftermath of the slaughter, Stefan Stauberg-Randolph inherits his grandfather’s throne. Already an outsider because of his Kheld heritage, Stefan sees enemies around every corner—but he particularly fears Dorilian Sordaneon, sole surviving heir of the Rill Entity’s power.

Set upon conflicting paths by betrayal and suspicion, the animosity between the two young rulers could well threaten not only the Triempery’s remaining houses, but the Entities themselves.

Quite Possibly Allies by Patrick O’Sullivan

The Apollo Murders by Chris Hadfield