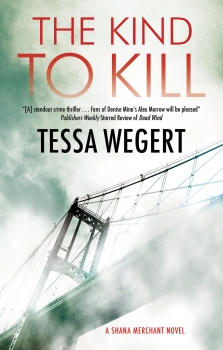 She’s also bound by blood to a serial killer. And after months of concealing the truth from the world as she hunted Blake Bram down, her secret is finally out.
Shana just wants to get on with her life and win back her community’s trust. But as Alexandria Bay fills up with tourists in advance of the annual festival known as Pirate Days, a visitor goes missing, and the case threatens to destroy not just the celebrations, but what remains of Shana’s reputation.

Shana’s not to blame for the killer in her family, but people are starting to whisper that she attracts trouble. That A-Bay was safer before she arrived. And as the investigation deepens, Shana starts to fear that they may be right.
Because while Bram is gone, he is far from forgotten.

Dead in the Water by Mark Ellis

A Murder of Crows by Terrence McCauley

The Shadow Man by Helen Fields