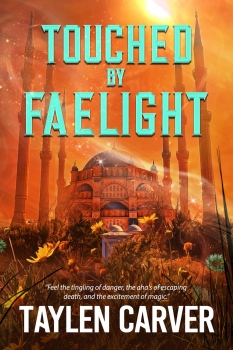 A new enemy of the Fae threatens two mere humans…
In contemporary Istanbul, a long, drawn-out civil war between Imperial Fae on the Asian side of the Bosphorus and an alliance of Fae occupying the ancient city has ground down the human occupants for ten long years.
Nikol—human, orphan and a Greek in a city of Turks—is touched by disturbingly magical abilities of her own. The humans in the city treat her with suspicion. Yet she is valuable to the human resistance and beloved by the resistance’s greatest spy among the Fae. Arda Sokol is terrified the Fae will learn of Nikol’s abilities, and his effort to protect her strains their relationship–until they must work together to defeat a new threat to the Fae, and he learns she is not weak at all…

“Touched by Faelight” is a short story by urban fantasy author Taylen Carver, originally included in the Street Magic urban fantasy anthology from Camden Park Press, and now published as a standalone.

Prelude of Darkness by Shane Miller