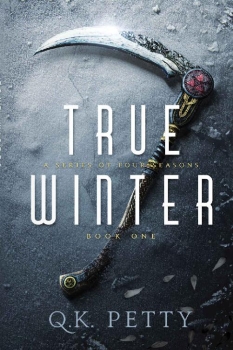 Five hundred years ago, a deadly artifact called the Chains of Peter was stolen. Now, the chains have resurfaced in Mobile, Alabama, and the House of David, a secret organization that specializes in securing dangerous artifacts, has sent its most lethal operative to find them.

Judge Eden Dowler is all but certain the wealthy Bachman family is hiding the chains, and he has a win/win plan for securing them. As it happens, the Bachmans’ youngest son, Orion, is Eden’s estranged half-brother. All Eden has to do is convince his brother to join the House of David, and the chains are as good as his. Orion Bachman is the perfect candidate—loyal, intelligent, fit, and eager—and Eden is certain his brother’s healthy upbringing will benefit the House, which usually only recruits broken children.

There’s just one problem. A mysterious counter organization known as Seditio will stop at nothing to keep the House from securing the chains. When Seditio sets its sights on the Bachman family, Eden realizes the stakes have become personal. But what’s the best way to protect Orion? Should Eden train him to fight and kill, or guard Orion’s innocence so he doesn’t become one more broken soul in the House of David?
As the House continues its bloody search for artifacts, Eden begins to question its integrity and the role he plays within it. Unfortunately, Orion is beginning to question everything else, including whether he should have ever put his faith in someone like Eden Dowler.

Be Somebody by Matt Rogers