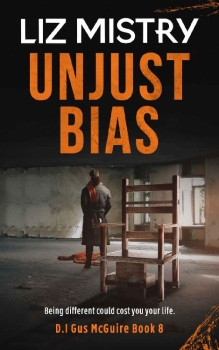 A murdered boy disowned by his family.
A teen terrified his past will catch up with him.
A girl with nowhere to go.
Men with rage so visceral they will do anything.

With the unsolved murder of a homeless boy still preying on his mind, DI Gus McGuire is confronted with a similar murder, a missing teen and no clues.
Does the answer lie with an illegal dark web site where ‘slaves’ are auctioned off? Or with an online forum for teens?
How can Gus keep people safe when unjust bias rears its head and being different could cost you your life…?

It Could Be Anyone by Jaime Lynn Hendricks

Death at Greenway by Lori Rader-Day