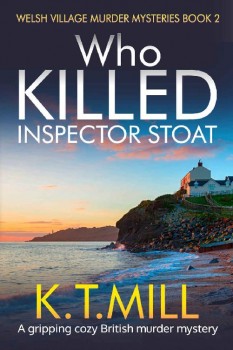 When Ruby Lake meets an old actor friend, she little thinks that she will once again be plunged into a murder mystery which only she can solve.
Gerald Haven plays the part of Inspector Stoat in a popular TV series. Plans are afoot to kill off the inspector. Of course, that’s just in the show. But sometimes truth is stranger than fiction.

Gerald throws a party for the cast of the TV show in the Old Watch House near the Welsh coastal village of Clogwyn Bach. It’s the perfect setting for a relaxing weekend.
Until a murderer strikes!

The Perfect Guests by Emma Rous

The Other Mothers by M.M. Chouinard